In April 2013 following members of the University of the East High School Batch of â€˜82 visited the ABC Bacolod school under the leadership of Lolit Dino Tiu:

During their visit they distributed school supplies to the parents of children in Bacolod school and left the additional supplies for other schools with the ABC staff. The group also presented a cash gift of Pesos 50,000.00 which was used to buy chairs for students for new students joining for the school year 2014-2015.

We thank the group for their visit and the blessings they shared with the ABC projects. 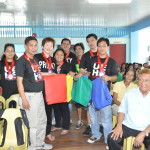 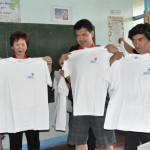 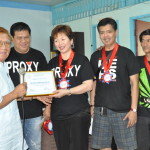