In 2012, Larry Burich, with his son Steve, made a special trip to the Philippines to shoot a promotional video for all the ABC schools and projects. Larry made a very positive impact on everyone he met on this special assignment. His smiles and caring spirit will always be remembered and the work he did, helping his son Steve, in producing the promotional video for ABC Philippines will always be with us as his precious memory. On October 13, 2015 Larry slept in the Lord and we are grateful to Ms. Evans and Steve for sharing his life sketch and pictures with us.

Born January 27, 1949, in Tucson, Arizona, Lawrence Roy Burich was the youngest of 3.Â  His father Stephen, a Marine, died one month before Larryâ€™s birth.Â  His mother Elisha returned to Detroit, Michigan, and moved a few years later to Dearborn, Michigan.Â  She remained a single mom of 3 until Larry graduated from high school.

Larry grew up romping through the dense thickets of trees interspersed among the residential areas of Dearborn.Â  He frequented the garages of friends who had fathers, whence came his love of all things mechanical, especially motorcycles.

Shortly after graduating from Dearborn High School, he joined the US Navy and did his foreign service in the Philippines.Â  A seed was planted in his heart.Â  He loved the people, the culture, and their warm generosity.Â  It was fortuitous that one day he would return there.

When Larry completed his military service, he attended college and graduated from San Jose State University, in San Jose, California, with a Bachelor of Science in Engineering.Â  He worked for Lockheed Martin Space and Missiles and retired in 2004 after 30 years of service.

Larry was a creative, fun loving, adventuresome man who, along with his wife Jamie, hiked the Inca Trail through the Andes Mountains in Peru, rode motorcycles with his son Steve through Mexico, England and France.Â  Riding with a motorcycle group, he toured the Alps through Switzerland, Austria, and Germany.Â  He had a soft spot for animals in need and, with his wife Jamie, adopted the less fortunate ones that came into their lives.

In 2012, Larry readily agreed to assist his son Steve in the making of a video for ABC Childrenâ€™s Aid in the Philippines.Â  He was deeply touched by what he saw and experienced.Â  The children were amazing no matter the circumstances in which they found themselves.Â  He had the chance to see the difference that people of faith can make in the life of others.

In August of 2015, Larry was diagnosed with Stage IV pancreatic cancer that had metastasized to the liver; two weeks later it was in his lungs.Â  The disease was so advanced that he could not receive any treatment for it.Â  In August he put out an email to his friends which said, in part, â€œLooking back on life, I have few regrets and feel very fortunate that I made it through life this long.Â  One big regret is that I did not see this coming.Â  For the past few years I have been wanting to jump on my motorcycle and ride around the country to visit all of you.Â  It seems that something always got in the way of a long trip.Â  Looking positive, I still plan on doing this ride when I get on the other side of this cancer.Â  I could not ask for a better caretaker than Jamie, and I love her very much for being there for me.Â  My sister flew out from North Carolina to be with us.Â  With my 2 sons and close friends nearby, I have lots of support.Â  Love you all, Larry.â€

Two months after Larry wrote this, his wife Jamie prayed the sinnerâ€™s prayer with him and he accepted Jesus into his heart while his niece Denise, a true prayer warrior, fervently prayed nearby.Â  The following day, Dean, the pastor who joined them in marriage, gave him his first and last communion.Â  The next day, on October 13, 2015, Larry got â€œon the other side of this cancerâ€ when our Lord and Savior welcomed him home.Â  He is doing that motorcycle ride with all those who have gone before him.

â€œSo shall my word be that goeth forth out of my mouth:Â  it shall not return unto me void, but it shall accomplish that which I please, and it shall prosper in the thing whereto I sent it (Isa 55:11).â€Â  Larry was brave and stoic in the face of death.Â  As he lay dying, he was surrounded by longtime friends of diverse Christian faiths who ministered to him out of their love for him and Christ.Â Â  The Lord had been knocking on the door of his heart for years.Â  Through friendships and experiences such as those in the Philippians with ABC Childrenâ€™s Aid, the Lord worked the mystery of salvation in Larryâ€™s heart and His word was accomplished and prospered in Larryâ€™s life.Â  Larryâ€™s life did not end; rather, it began anew.Â  We praise God for these new beginnings! 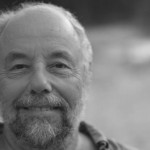 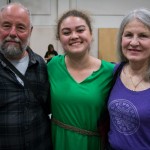 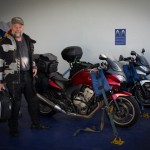 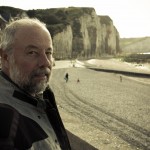 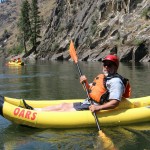 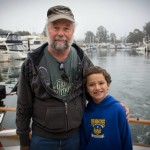 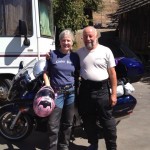 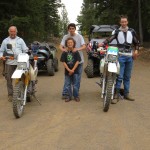 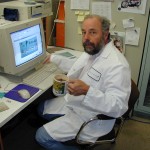 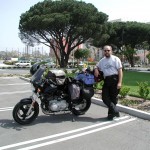 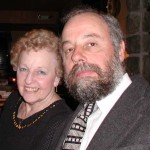 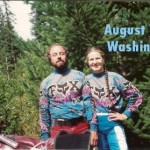